Even though Vietnam lies entirely in the tropic zone, its climate varies surprisingly from region to region.

In the north, from Sapa to Hanoi, there are 4 seasons: Spring, Summer, Autumn, and Winter.

In the central region, from Nha Trang to Hue, sunshine lasts throughout the year, except for the months of November and December when heavy rainfalls occur. Dalat, at an altitude of 1500m, is cooler than the coastal area, particularly from November to March. Da Nang and Hue both experience typhoon activity from mid-October to mid-December when the climate becomes cooler, more overcast and wet.

In the south, from Ho Chi Minh City to Phan Thiet, there are two main seasons: wet and dry. The wet season falls between April and September, with sudden heavy showers that don’t last very long. The dry season spans the months of October to March, with higher temperatures and long days of sunshine, followed by cooler nights.

You can also read more about “Best time to visit Vietnam“ 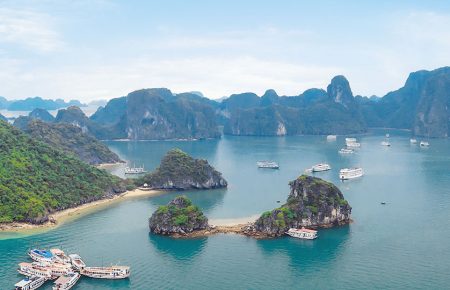