There are hundreds of temples all over Bali, and we’ve covered the first top 5 temples to explore. So here are the rest in the list of the 10 noteworthy temples. Come and visit these sites and you’ll understand why Bali is where the Gods reside. 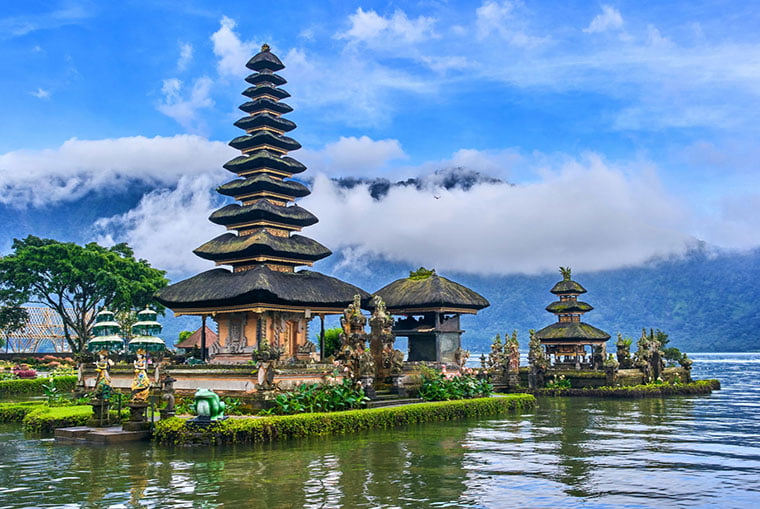 This is one of the most recognized landmarks in Bali, sometimes also known as the floating temple. Ulun Danu Bratan temple enjoys the tranquil setting of Beratan Lake, the backdrop of the misty Bedugul mountain range and the cool fresh air. It’s easy to see why the temple is a favorite sightseeing spot and often photographed.

The Lake Temple was built in the 17th century, honouring the main Hindu trinity Brahma-Vishnu-Shiva and the lake goddess Dewi Danu. The site comprises 4 groups of shrines, including the prominent Lingga Petak shrine to its east. You can also admire the sprawling gardens, traditional Balinese pavilions and intricating stone-carved statues around the temple ground.

Or Elephant Cave, is an archeological site, whose creation is said to have been dated back to the 11th century. One tale claim that the temple was created by the fingernail of the famous giant Kebo Iwa. The temple leaves a strong impression right from the first moment – the gate was carved in the shape of a demon with its mouth wide open, which visitors will walk through to see the interior of Goa Gajah.

Because originally there weren’t any elephants in Bali, it is believed the temple’s name takes after the nearby Sungai Petanu (Petanu River), which was once called the Elephant River, or perhaps the cave’s entrance resembling an elephant’s face.

Inside, there are fragmentary remains of a lingam, the phallic symbol of the Hindu god Shiva, and its female counterpart the yoni, as well as a statue of Shiva’s son, the elephant-headed god Ganesha. Outside, two square bathing pools have waterspouts held by six female figures. As Goa Gajah is only about 2km from central Ubud, this site has been swamped by travelers. 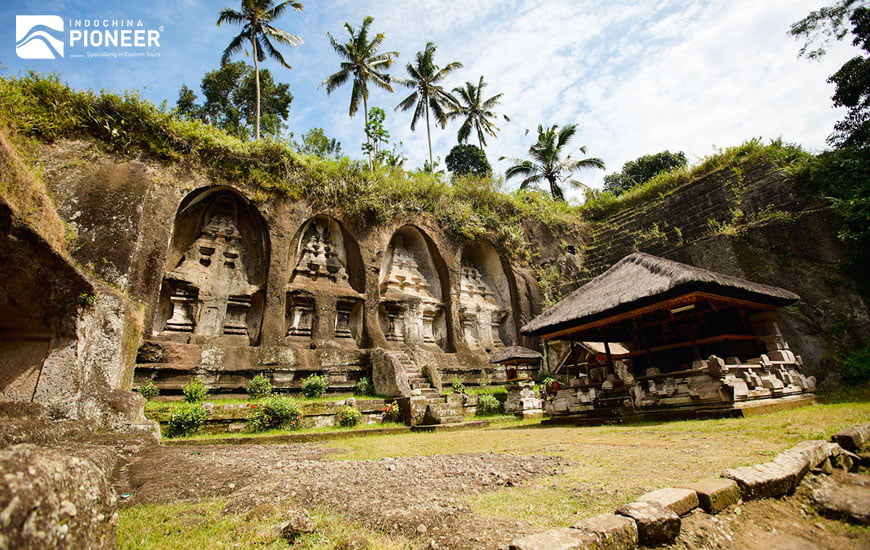 Welcome to Bali’s Valley of Kings! This is one of the major ancient temple complexes that should be on your list for its incredible stone-carved shrines. The 10 prominent shrines stand in awe-inspiring 8m-high sheltered niches cut into the sheer cliff face. They take their general form from the free-standing ancient temples or Candis of East Java. These Candis were probably once protected between two massive rock-hewn cloisters.

In their shape, the candis resemble small buildings surmounted by massive three-tiered roofs bearing nine stylized lingam-yoni fertility symbols. Each candi looks like a doorway but leading to nowhere. The temple’s inner courtyard is similar to what you would find in other Balinese Hinduism temples, with various shrines surrounding the temple’s main grand pavilion or ‘bale’.

Here you’ll also find small stone caves, which served as meditation sites for Buddhist monks. This may come across as a surprise for travelers but Balinese history has long witnessed the coexistence of the two religions, sometimes they even fused in harmony.

For photography chance, visit the temple during the ‘piodalan’ – the annual anniversary at the temple following the Purnama Katiga or ‘third full moon’ on the Balinese calendar. Gunung Kawi temple will be decorated beautifully with colourful bamboo penjor poles and Banten offerings. “Piodalan” is both a wonderful opportunity for photography and for a memorable cultural experience for any travelers to Bali! 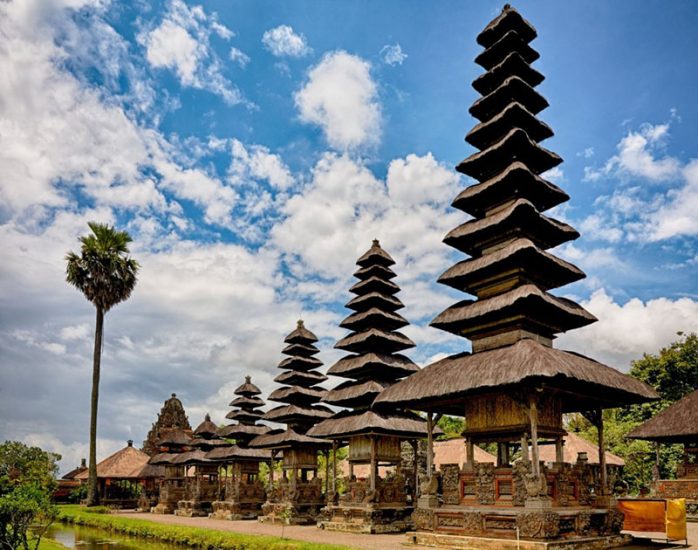 Bali is home to some of the most stunning garden temples, and one of the most outstanding is Luhur Batukaru temple. It stands at the foot of Mount Bakutaru, the second-highest volcano on the island. The sacred temple is one of the Pura Kahyangan Jagat (Nine Temples of Auspicious Locations), protecting Bali from the evil spirits.

Visitors to the temple will first be welcomed with an atmosphere of serenity, totally different from the experience at several temples of Bali. Inside are ancient shrines and high meru towers covered in green moss, together with bale pavilions with typical ancient Balinese features, such as dark grass roofs and intricate wall carvings. Walk further inside the complex to find a large freshwater spring which serves as a holy water source for prayers and ceremonies.

A visit to the sacred temple can be combined with a trip to Jatiluwih – Bali’s most stunning rice field, located just 2km from Luhur Batukaru. 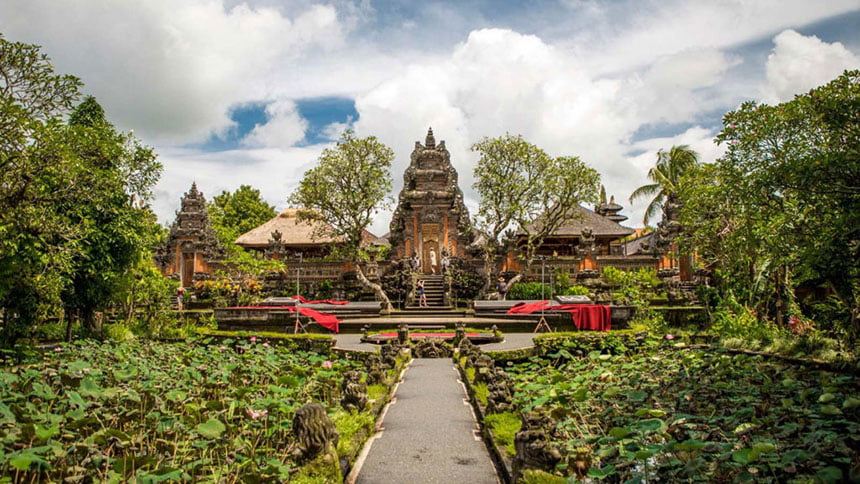 Dedicated to the Hindu Goddess Saraswati, the goddess of learning, literature and art, this temple attracts tourists with its eye-catching water gardens and lotus ponds. The elegant structure, enriched by ornate carvings and blooming pink lotuses, is located right off the main road of Jalan Raya Ubud.

You can admire the tranquil atmosphere of the water temple while enjoying some snacks or a light meal at the Café Lotus. The place also offers a good view of the temple’s open stage, where traditional Balinese dance performances are regularly held in the evenings.

Let Us Help You Plan Your Bali Trip.
Don’t let the planning stress you out. Tell us your travel ideas and our travel advisors are very glad to give you suggestions and guidance for your trip planning. We can tailor-make your trip according to your interests and requirements, and help to create the best Bali vacation for you!