Myanmar and its three hidden gems

Shwedagon Pagoda and Inle Lake have become the iconic destination on Southeast Asia travel map in recent years, as the following result of Myanmar’s significant rise in world-travelers’ heart. The whole planet is longing for discovering a country filled with mysteries, differentiation culture, spectacular temples, and breathtaking landscape.  But though tourists have cottoned on to Myanmar’s plethora of attractions, there are still huge areas of the country that remain very little known to the average visitor.

Let’s hop on a visual Myanmar trip with us today, to dig all the hidden gems in this charming nation. Venturing off the beaten track is the best way to understand thoroughly about a place or a country, so you never should miss the opportunity. 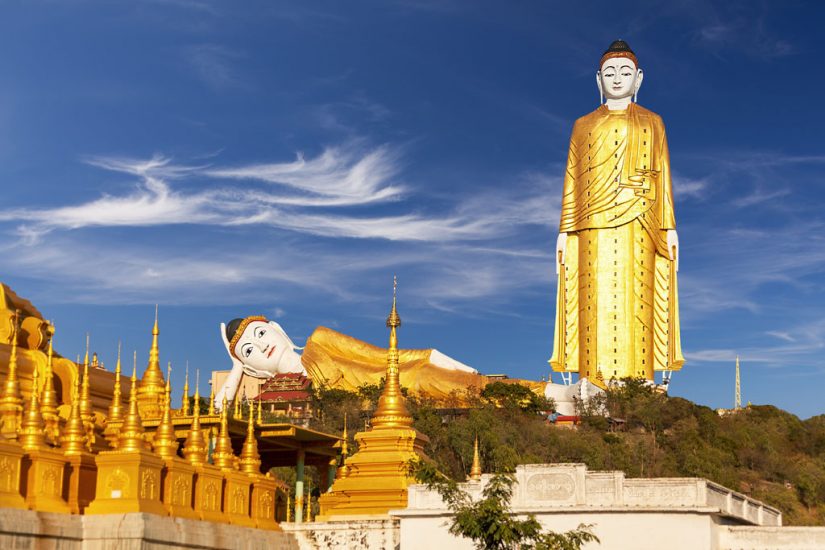 Monywa is a dynamic city located on the eastern bank of the Chindwin River, and you will feel its vibrant atmosphere after the sun goes down. The nightlife here is interesting in a very Myanmar way. The riverside city offers its visitors a bunch of exotic food stalls, beer stations on streets, lively markets and obviously, amazing temples. The most popular highlight of Monywa is the world’s second-tallest Buddha statue. The Laykyun Setkyar, which clocks in at a whopping 130 meters (427 ft), was built between 1996 and 2008 and towers over the Bodhi Tataung Monastery, with a giant reclining Buddha at its feet. Be sure to stop at the Mohnyin Thambuddhei Paya, a Buddhist stupa resembling a more bright and sparkly version of Indonesia’s Borobudur. Monywa itself is a very pleasant place to stop on the way from Mandalay to Bagan (or vice versa) and is well worth exploring at your own pace for a glimpse of ordinary, daily local life in your Myanmar tour. 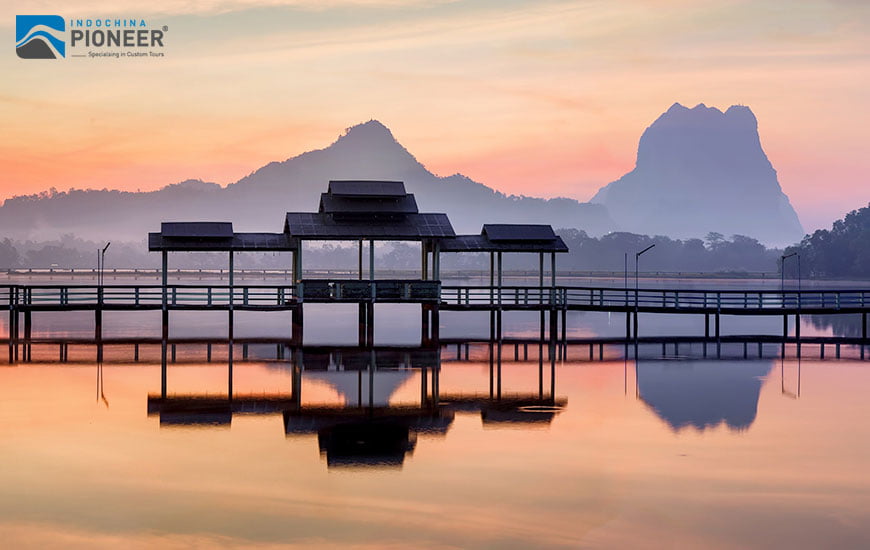 Located in the south of Burma, Hpa An is the capital of Kayin State and holds a multitude of attractions for travelers. Visit Kyauk Ka Lat, a pagoda balanced precariously on top of a bizarre rock formation in the centre of a man-made lake; climb to the top of Mount Zwe Kabin for spectacular views across the countryside; explore Sadan Cave and Kaw Gun Cave to discover Buddhist statues and pagodas; and wander through the surreal Lumbini Gardens, where hundreds of identical Buddha statues guard the mountain approach. Hpa An makes a great stop in between Golden Rock and Mawlamyine, where Kipling looked out over the Irrawaddy from “Old Moulmein Pagoda”. 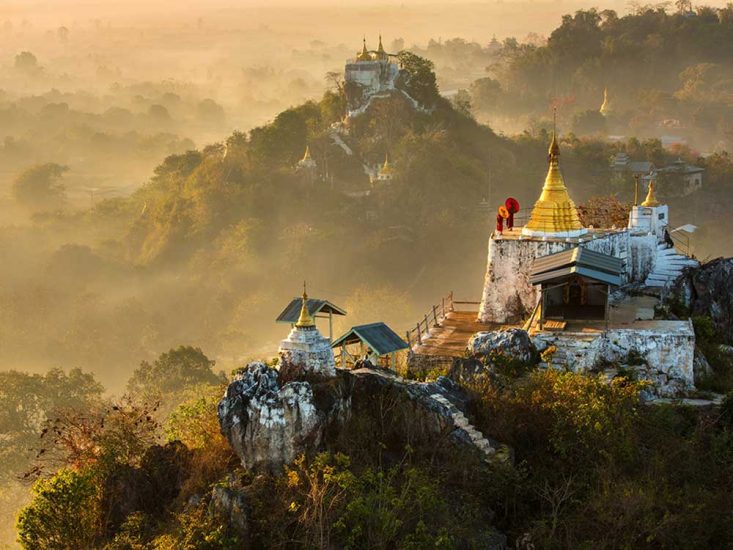 Loikaw is the capital of Kayah State, however, this small town is a low-key and low-rise one beside the Pilu river. Loikaw dusty streets are a pleasant enough introduction to small-town life in Kayah State, but the city is really a base for venturing out into the surrounding countryside and villages, which see relatively few foreigners. This is truly a gem which is hidden in Myanmar. Loikaw lies in the north of Kayan State, close to the Shan State border, and makes a great addition to any itinerary that visits Inle Lake – which lies around six hours away by car. The main attraction here is Taung Kwe Pagoda, a complex of religious buildings built atop a jagged rock formation in the center of town, accessed by a winding staircase. You can also visit the former palace of the Sky Prince, which is now a monastery, and trek through the surrounding hills – perhaps running into one of the Padaung ladies, who use brass rings to elongate their necks.