Like most Southeast Asian countries, Myanmar has two main seasons: dry and wet.

The dry season runs from October to May and the wet season from June to October. Generally, most people prefer to travel during the drier months, but even during the wet season, the northern and central regions of Myanmar are cooler and drier than the southern parts, making year-round travel possible.

For your reference, please see below a summary of the weather conditions in Myanmar.

January has good weather conditions throughout the country, as it is a dry month, making it a good choice for visiting Myanmar.
The beaches on the south and west coasts will experience a lot of sunshine, while the central region will be dry and hotter. The average temperature in the lowlands is around 20°C, while the eastern and northern highlands will reach 25°C. Evenings are still likely to be quite chilly.

Weather conditions improve even further in February, with no rain expected throughout the month, and average temperatures of 20°C in the highlands, 32°C in the lowlands.
Beaches in the west and south coasts will be basking in the sunshine. The central plains will be dry and hot although more manageable than in the months to come. Evenings are still likely to be quite chilly. 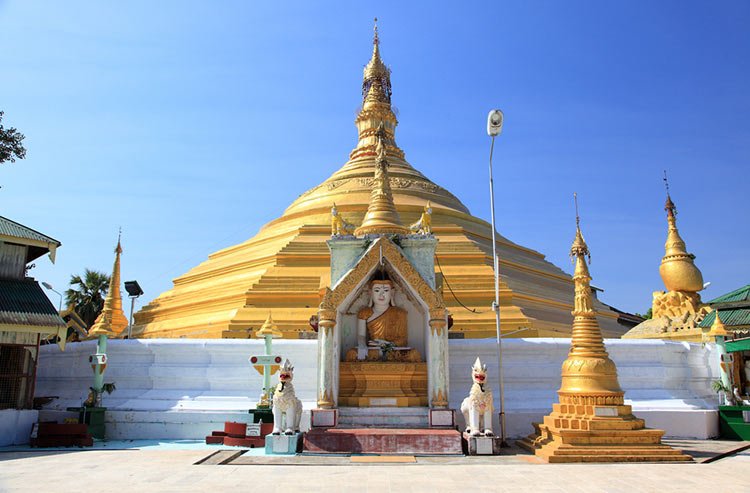 Another dry month in March, with no rain expected, average temperatures increase to 30°C in the highlands, 35°C in the lowlands.
The sun continues to favor the beaches in the west and south coasts. Burmese winter officially draws to an end.

Temperatures continue climbing in April, with average temperatures of 40°C in the lowlands and mid-30’s in the highlands, and absolutely no chance of rain. 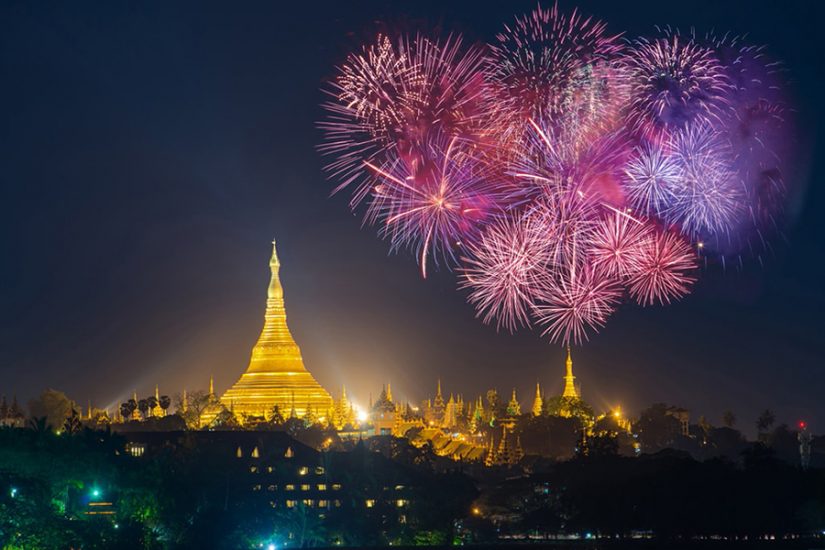 Temperatures peak in May as it ranges from 32 – 38°C across the country. With the wet season around the corner, expect rainfall towards the end of the month.
Beaches on the south and west coasts remain hot and dry although heavy rains arrive at the end of May – last chance for sun worshippers.

Showers gradually increase in quantity and duration as temperatures drop back down to an average of 30°C across the country.
The central regions and the south of Mandalay remain the hottest and driest parts of the country. Most of the beach resorts start closing by mid-June as they prepare for the heavy rainfall in the coming months.

The least popular months of Myanmar, rainfalls peak and temperatures remain high across Myanmar, averaging 27 – 30°C. The hottest and driest parts of the country are still assigned to the central regions and the south of Mandalay, with temperatures still in the low to mid-30’s°C. On the south and west coast, beaches are all closed, and road travel across much of the country becomes difficult.
If you must, July and August are still acceptable for traveling in some parts of Burma, but there are better months for your trips.
Rainfall and temperature are likely to taper off towards the end of September, but much of the country is still difficult to reach by road, and beach resorts remain closed.

Myanmar starts to spring back to life in October; temperatures drop off slightly, with an average of 20 – 30°C, and beach resorts in the south and west coasts open up again.
The central regions and the south of Mandalay remain the hottest and driest parts of the country, with temperatures still in the low to mid-30s°C, with minimal rainfall.
October is great for visiting as there is a high chance of good weather conditions combined with fewer visitors than in the coming months.

Visitor numbers are still relatively low and temperatures hover around 31°C across most of the country. In the highlands and foothills of the east, the temperatures are close to their lowest with average highs of 25°C.
The south and west coast beaches resorts are now fully open in celebration of the return of sunshine.

The peak of the dry season, December offers little to no chance of rainfall, temperatures reach a high of 31°C across much of the country, dropping to a high to 24°C in the highlands and foothills of the east.
The south and west coast beaches resorts are now fully open in celebration of the return of sunshine.

Let Us Help You Plan Your Myanmar Trip.
Don’t let the planning stress you out. Tell us your travel ideas and our travel advisors are very glad to give you suggestions and guidance for your trip planning. We can tailor-make your trip according to your interests and requirements, and help to arrange the best trip for you.

The Very Best of Myanmar

Tour Code: IPB04
Yangon → Mandalay → Yandabo → Bagan → Heho → Kalaw → Inle Lake → Yangon This tour offers the top experiences if you want to discover the Very Best of Myanmar! From Yangon, where you will visit its most striking pagodas...
View Details Enquire Now