Mar 18, 2020
HomeTravel BlogTravel Experiences4 check-in points to drop by for your Halloween vacation in Southeast Asia

With the rich and complicated history, cultures and religions, Southeast Asia is rife with myth and superstition. Aspects of Buddhism, Hinduism, animism and astrology all feature in Asian ghost lore, from which emerge myriad spooks and spirits and plenty of haunted places.

And we think all the haunted places below will be perfect for your Halloween researches and Southeast Asia vacation plans. Let’s dig in! 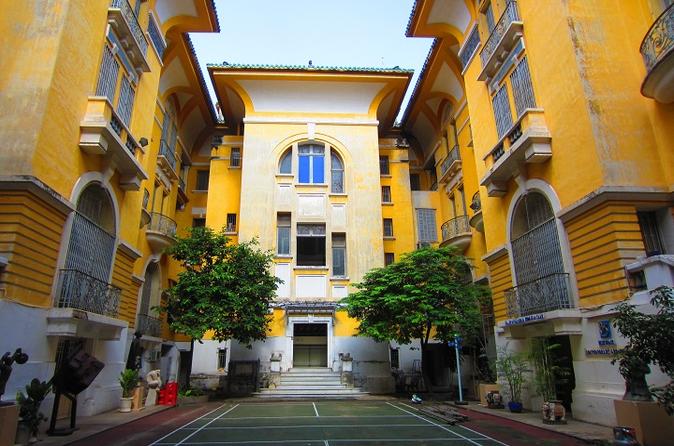 Located at 97 Pho Duc Chinh Street, District 1, and now the Museum of Fine Arts, this address is one of the most mysterious places in Saigon. The first owner of the house was an aristocrat named Hua Bon Hoa. Hoa had many sons, but only a single daughter, Hua Tieu Lan.

After the mysterious death of the daughter, many strange phenomena began appearing at the building. Floating white shadows, macabre wailing, and other unnatural events were experienced. To this day, the death of Hua Tieu Lan is a mystery with many believing the apparition to be her tormented soul. 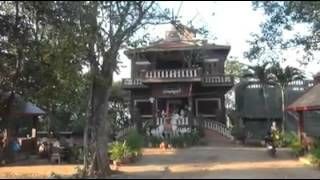 Kampong Chhnang is a famous “ghost house” in Cambodia, which had been the focus of the 2006 movie detailing the isolated home’s legendary haunting. Even though no one lives there, the interior of “the house the ghost bought” in Kampong Chhnang province remains mysteriously dust-free. Is it creepy enough to give you a chill?

According to the myth, a young couple who had just moved into the newly built house was approached in a dream by a ghost who offered to buy it for $3,000 worth of gold. The couple agreed and in the morning, as promised, found the gold on their doorstep. But they did not move out, and after ignoring warnings from the ghost to vacate the house, the couple woke up one morning in the nearby field with their belongings around them. The myth is always scary, but who knows? It is better to experience by yourself if you dare… 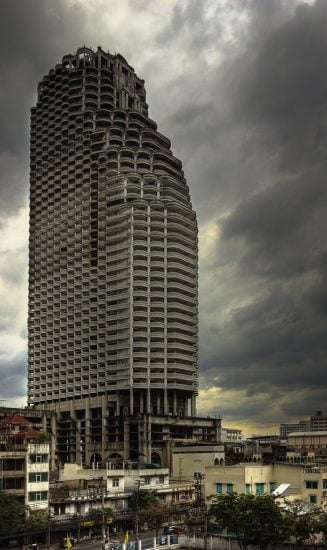 If not being told, it is hard to know that the building with an enviable view of Chao Phraya River and city skyline in Bangkok – Teuk Klang (which means “Empty Building”) – is a famous ghost haunted the place. Officially known as the Sathorn Unique Tower, it’s originally a 49-story luxury high-rise development that fell into ruin in the Asian financial crisis of the late 90s.

“Forbidden”, “Dangerous”, “Hidden secrets containing” are words using to describe this destination by many netizens who love creepypasta.  The locals refer to it as “The Ghost Tower”, and strongly believe the building is haunted. But it is kind of strange and, funny, also, the building’s owner decided to open the ghost tower to tourists so they don’t break in, for making it safer (and earn some cash). To conclude, even this building is super scary in many ways, a number of brave hearts still throw themselves into it for exploration each year, and admire the fantastic panorama view from its top level.

The Kyainge Tong New Hotel – a white, concrete-block structure topped with a green, vaguely Burmese-style roof – is by far the largest hotel in town, boasting 110 rooms spread over four floors.  A concrete driveway curved up to the main entrance, adorned with a covered driveway topped with a similar green roof trimmed with Burmese-style gilded carvings.

The reception area was unlit, staffed by a lone receptionist lounging about in boredom at the front desk.  The only other occupants here were two middle-aged men, speaking Burmese, their voices amplified in the marble-paved room. “They should have kept it for tourists.  Nobody really stays at that hotel.  It’s haunted you know, ghosts come when people are asleep, enter their heads, and makes them weak.  Most guests never come back.”

However, rumors are rumors in some ways. And in the end, maybe there is not any rumor which is able to make explorers stop their journey, even they turn the destination to a more attractive and mystery treasure.