Vietnam is now, a country, a charming destination for worldwide travelers, a Southeast Asia pearl, no more a war in the world’s eyes and mind. However, visiting the sites of significant battles in Vietnam can be educational and emotional, whether you are a Vietnam War veteran or a history buff. And in this article, you will go on a virtual history tour with us across former war sites in the heaviest affected regions in the American war: central Vietnam.

Setting foot on the land that once experiencing the brutal combat is a humbling and unforgettable feeling that anyone has ever had in their life. While being in the center of Vietnam, don’t forget to visit these sites below if you want to learn deeply about this country history and culture.

Da Nang city had once in the history been considered as “a small American city”, cited by journalist John Pilger, “with its own generators, water purification plants, hospitals, cinemas, bowling alleys, ballparks, tennis courts, jogging tracks, supermarkets and bars, lots of bars”. Since the first American combat troops set their footprints on this city in March 1965, Da Nang quickly developed, or saying in another way, mushroomed. The massive US Air Force base was here, coming together with the Marines to defend this Airbase. For most US troops the approach to Da Nang airfield formed their first impression of Vietnam, and it was here they came to take a break from the war at the famous China Beach. 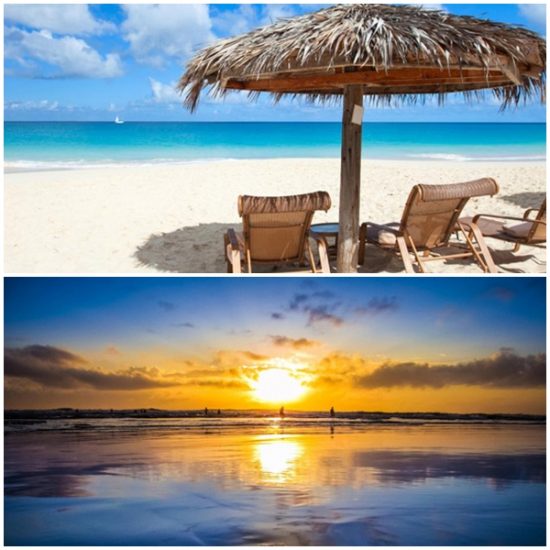 At present, travelers will be amazed by Da Nang’s development, with a series of modern shiny skyscrapers, hotels, apartments, fine dining restaurants, and obviously the most luxurious resorts. Travelers could visit this city for several days of enjoying the city’s lovely beaches, conventional sightseeing spots (like museums and stunning bridges), heading to some unique restaurants and blending into the nightlife. And the My Khe beach (which was called China Beach by American GIs when they first set their feet on land here in 1963) is listed as one of the six most attractive beaches on the planet by Forbes magazine, with smooth sand and a slight slope. Behind the beach is a dark green poplar forest, and besides, the Kinh River carries crystal water to the sea. The beach has coral, abundant plants and creatures along bankside and undersea. 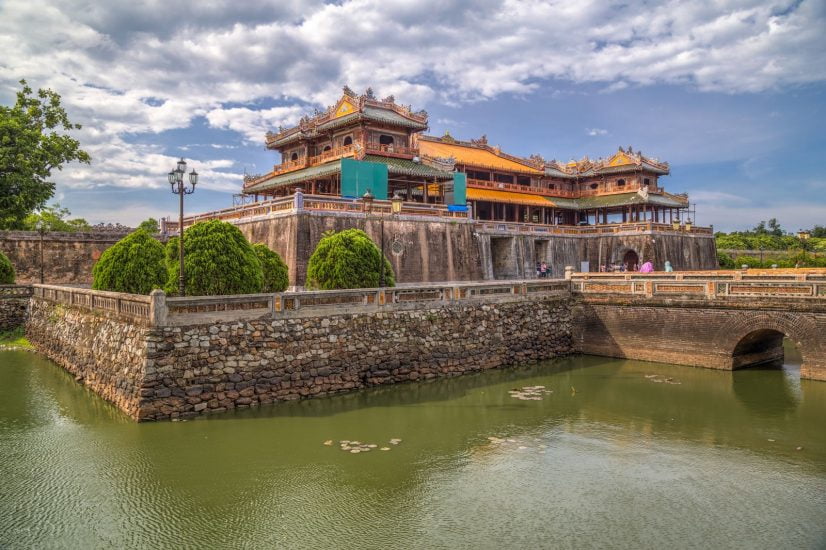 The Citadel was built in 1804 by Emperor Gia Long, and though it served as the Emperor’s living quarters for quite some time, it was also the site of some of the toughest fighting of the Vietnam War. Much of the original structure was destroyed during the Tet Offensive in 1968, but its majestic architecture has been gradually restored with the help of UNESCO funding.

Today, Hue is a pretty city, where a substantial imperial city, as well as a collection of tombs, still stands proudly along the banks of scenic Perfume River. On the river’s north bank are the ancient imperial citadel and residential areas, while the new commercial area, the old French quarter and the hotel district are all on the south bank. Hue’s attractions are plenty and variable, besides the famous Citadel (which is really suitable for a bicycle tour), you could go along the riverside to Thien Mu Pagoda and enjoy a special vegetarian lunch here. You also could have a short visit to Tam Giang Lagoon, a true beauty at sunset when golden water is sparkling in along with a maze shrimp farming fields of all shapes and sizes that all fascinate travelers. 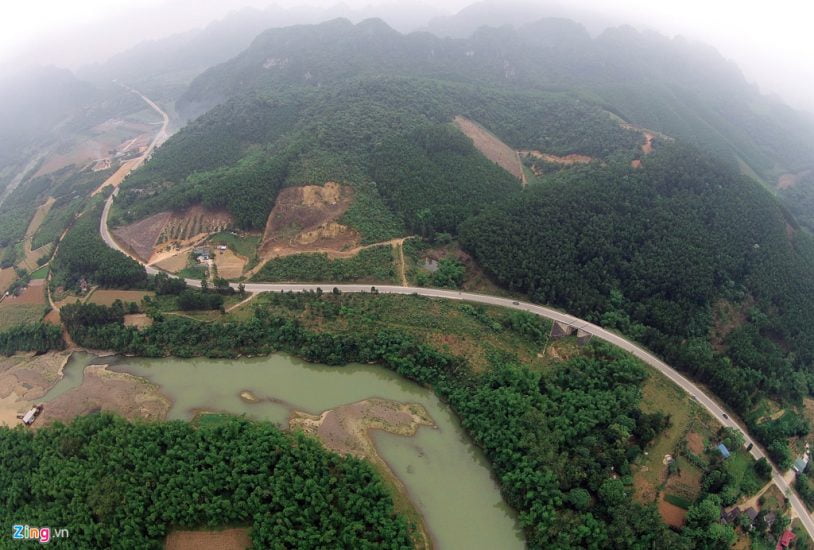 Ho Chi Minh Trails have always been the stuff of legends, a supply route from the North to the South along which (somehow) men and arms were moved in large quantities to help the march towards Saigon. It started near Hanoi and ran almost 1,000 miles down the length of the country, crossing into Laos at several points, and ending near Saigon (today’s Ho Chi Minh City) where it deposited weapons into the hands of the communist guerrillas fighting against US and Southern Vietnamese forces.
From the soldier’s road, Ho Chi Minh trails now become a tourist highway, which is added to a bunch of itineraries of the country’s booming tourism. The main artery has now become the Ho Chi Minh National Highway, probably the country’s best and the largest public works project since the Vietnam War ended 30 years ago. Traveling across this unique high-way, no matter what kind of transportation you use will give the best experience you have ever had. The best of Vietnam lays down, from the village to the metropolis, from the jungle though that only in the imagination to the mountain in your wildest dream, together with the amazing diversity of hill tribe and local cultures. They are all there! 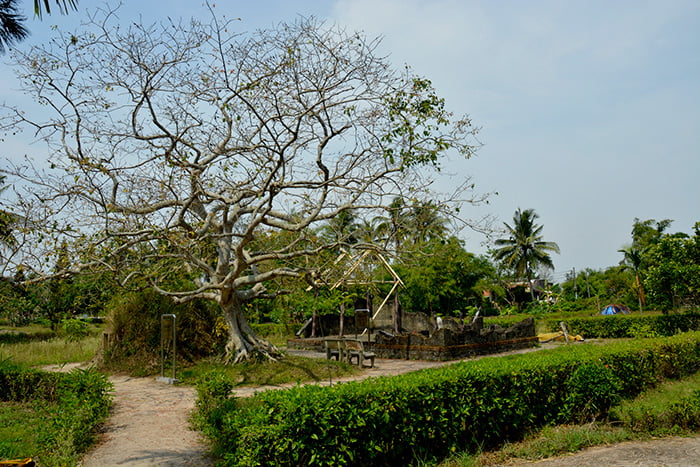 Lying near the country town of Quang Ngai, My Lai is considered as the symbol of the war crime as over 500 innocent people (mostly children and women) in My Lai village were massacred in one of the war’s most gruesome events. Today there is a memorial built-up and surrounded by the graves of the victims, buried in family groups amongst the trees and rice paddies. Visitors walk amongst the memorial on brown concrete pathways that are imprinted with army boots and bare feet to represent the chaos of the massacre.

Vietnam DMZ was a no man’s land located at the 17th parallel which divided the North and South Vietnam, but ironically it became the world’s most militarized zone. A visit to the DMZ area takes travelers to many important Vietnam War Battle sites. The area’s only major city on the coast- Dong Ha, which is on Highway 1, and easily accessible from Hue and Da Nang.
A DMZ tour usually covers famous sites likes Hien Luong Bridge, Vinh Moc Tunnels, Truong Son National Cemetery, The Rockpile, Dak Rong Bridge, Khe Sanh Combat Base, etc. Here’ re some information about the highlights of this tour kind.
Hien Luong Bridge 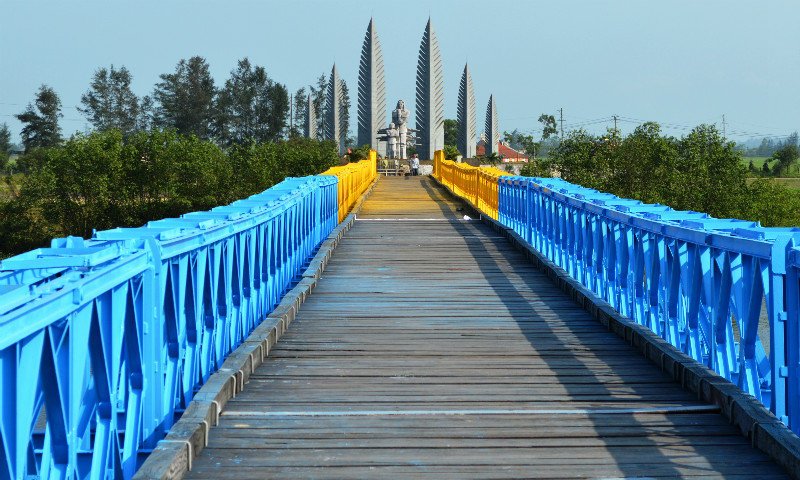 This bridge crosses the Ben Hai River at the middle of the DMZ and marks the former border between North and South Vietnam from 1954 to 1972 when the North Vietnamese Army captured Dong Ha town in the 1972 Easter Offensive and pushed the border to the Thach Han river in Quang Tri town, some 20 miles further south. During the partition of Vietnam, the bridge was painted with two different colors. There is a monument on the north side.

Located on the border of North and South Vietnam, the Vinh Moc Tunnels were originally built to shelter families from the bombing of the surrounding county. The tunnel complex is highly impressive and is a testament to the endurance and the ingenuity of the Vietnamese. Most of the tunnels are open to visitors and are kept in their original form, and there’s also a museum for visitors. 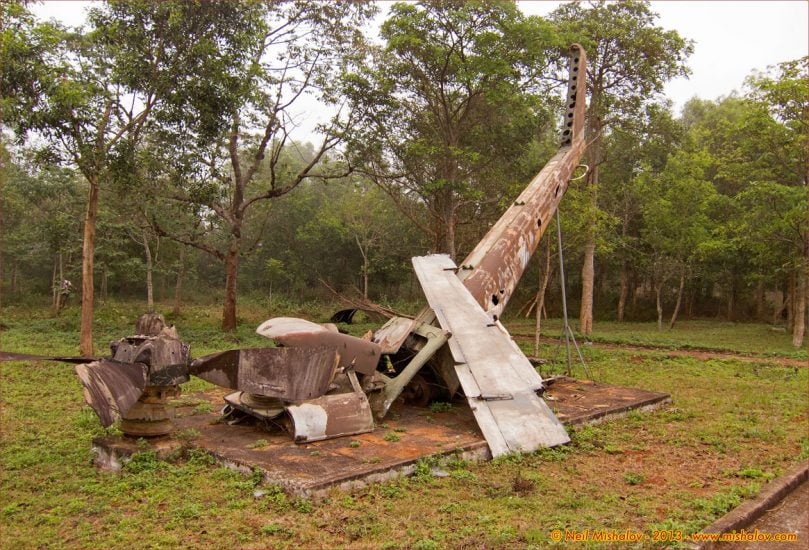 This is the site of the most famous and most controversial battles of the war. Located in South Vietnam near the Laotian border, the battle of Khe Sanh began in January of 1968 and lasted for 77 days. As one of the bloodiest battles of the Vietnam War, this site is often visited today and even has a small museum with old photographs and reconstructed bunkers. Other possible battle site visits include the Rock Pile, Camp Carol, Dakrong suspension bridge, and Lan Vay special force camp.

The Very Best of Vietnam